CEF B2 and above.

When proofreading presentation slides for clients, I'm often asked about the following issues: punctuation, capitalisation, and formatting lists.  Once again, the rules governing these issues are often ambiguous, complicated, and irregular, and is another reason why it's so difficult for non-native speakers, who have reached a good B2 level, to achieve levels C1 and C2.

In the following posts, I'll be examining these issues separately. Let's have a look at the most difficult first. 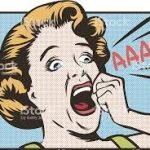 The use of the English comma is extremely complicated, which explains why it is often misused. Here are ten basic rules:

1) Commas are used to separate items in a list. For example:

In long lists, a comma before the final 'and' is possible, but not necessary:

2)  They are also used when a sentence is introduced with a transition word  or introductory phrase (e.g. however, furthermore, normally, according to recent research...) :

3)  In British English, a comma is generally used before a quotation:

She said, 'I tried learning Finnish, but it was too difficult.'

4)  In German, all clauses (Nebensätze) are divided by commas. In English, some clauses are, and some are not: it all depends on the type of clause. An independent clause is a clause that could stand on its own as a full sentence. Many sentences are compound sentences: they contain more than  one independent clause, joined by the coordinating conjunctions:  for, and, nor,  but, or, yet, so. In this case, a comma should always go before the coordinating conjunction. For example:

Some clauses are followed by a comma, and some are not.

If a dependent clause starts a sentence, then a comma is used to separate the clauses.

A comma is used to separate clauses if a dependent clause starts the sentence.

6)  Dependent clauses which contain non-essential information are separated by commas, for example:

The comma, which comes from the Greek word 'kómma', has many different uses in English.

7)   However, if the information is essential, then no commas are used:

Dependent clauses that contain essential information are not separated by commas.

Note: In the above example, 'which' instead of 'that' is possible in British English.

8)   When something is described with two or more adjectives, sometimes a comma is used, and sometimes it isn't. If the two adjectives are coordinate - that is to say, they can both modify the noun independently - then a comma is used.  Alternatively, they could be separated by 'and', and the order could be reversed:

This is  a difficult, complex subject.

This is a complex and difficult subject.

The obsolete paperback grammar book was revised two years ago.

10)  Finally,  a certain amount of  freedom is acceptable.  It can be used, for example, to avoid perceived confusions. As, for example, the last comma in rule 8 above. There is no rule here; it is a matter of  individual discretion. For example:

To George, Harrison had always been a hero.

Unfortunately, there is a divergence between American usage and what is known as 'inverted' usage, which is the British usage. I read somewhere, that the Americans deliberately changed certain language rules, usage and vocabulary, in order to assert their independence (like driving on the wrong side of the road!). If this is true, they did a pretty good job: there are many disparities between American and British English. It's a grey - or should I say - gray (sorry!) area.

The American style is a little more complicated than the British.

When writing dates that include the month, date, and year, use commas after dates but not after months:

In dates that include the weekday, you follow the same rule as above and add a comma between the weekday and the date:

When the date starts the sentence, however, then a comma is used after the year:

On Thursday, March 4, 2021, there will be a general meeting to discuss this matter.

With the  inverted style, the date goes before the month. This is simpler in the sense that no commas are necessary:

However, when the day is named, a comma is placed after the day:

The meeting will take place on Wednesday, 20 January 2021.

Which style should I use -American or British English?

I'll be discussing the differences between these two styles in greater detail in a later post. Meanwhile, two things should be considered. When working with Americans, use the American style. When working with the Brits, use the British. My wife, who is German, calls this 'spineless'. I prefer the use of the word 'diplomatic'. Above all, be consistent; don't use a mix of the two.

Add commas as needed in the sentences below. Three sentences do not need any commas.